Sedqa TFAL 3 Next friday, 28th November is the launch of Sedqa's new set of CDs. We have been contracted by Sedqa for the third consecutive year to produce another version in the Sedqa's set of TFAL - Tfal Favur Ambjent Liberu - CDs. The first time was back in 2006 when Sedqa asked us to produce an interactive CD which would include a lot of user interaction, games, painting, voice overs and much more. We produced the CD and was greatly welcomed by children and teachers in schools. That was the birth of TFAL 1, TFAL 2 followed and this year we are producing TFAL 3. This year's CD is in both Maltese & English and features a numerous amount of games. We have been developing this CD for the past 2-3 months and now we are finalizing the product with the latest feedback. We are looking forward for this launch! 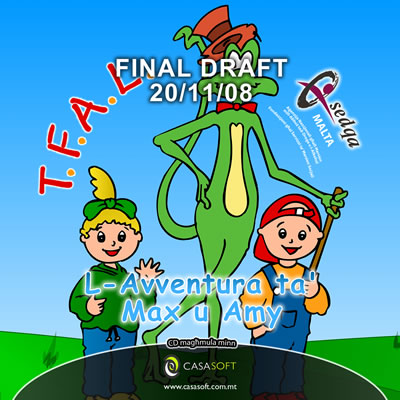 Sedqa Crossroads Another CD which we have been assigned to produce for the first time this year is Sedqa Crossroads. Sedqa Crossroads is a CD which is aimed for Home Economics Subject in the Secondary Schools. The aim of this CD is to help home economics teachers give the opportunity to their sutdents an interactive and experientail experience to enhance their personal and social development within the Home Economics lesson. Basically, this CD is a drug prevention manual which features a set of handouts, games, videos and brochures which were produced by students from the University of Malta. This CD is also going to be launched on the 28th of November." 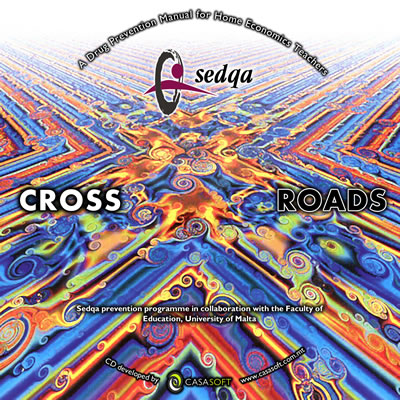